Nokia 1 Plus - Entry Level King!
Nokia is bringing mind blowing 1 Plus which is a entry level smartphone that gonna come with an entry level specifications. This new fish in town is an upgraded variant of last year model. Nokia 1 Plus is now gonna make a ground breaking entry in its class because of its Android Go Addition software which is especially made for devices like this. Android 9.0 Pie is coming in Nokia's 1 Plus and as this brand promised that two other major upgrades are also coming to this phone after the launch of this smartphone. Mediatek has selected the MT6739WW for 1 Plus by Nokia which is also an entry level chip that gonna power this phone. 1GB of RAM is attached with the chipset of the device and its job is to bring Nokia 1 Plus's applications run more smoother and faster. Quad core processor is installed on the chipset which has a clock speed of 1.5 GHz and it is going to play the main role in 1 Plus's processing to keep it stable and working. PowerVR GE8100 GPU is selected to get along side the main quad core processor and it has 1.5 GHz clock speed to tackle graphics of Nokia Plus. If we talk about the display of the device then it is 5 inch long and inside the it LCD panel is used and resolution of screen is 480 x 960 pixels. Nokia 1's Plus has 8 GB of built-in storage which is going to store all the data of the device and if we talk about the external storage then this brand has inserted 128 GB of SD card inside the Nokia 1 Plus which can be used after inserting a SD card in it. 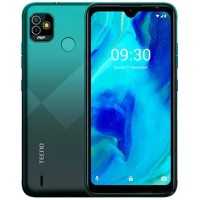 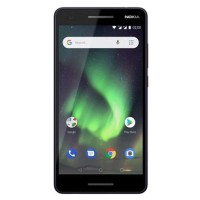 Nokia 2.1 - Minor With Qualities Of Elders!This year Nokia planned that 2.1 will be the their entry ..