Xiaomi Redmi Note 10S - A Powerful Smartphone
Xiaomi will launch a new Redmi Note smartphone which has the moniker 10s at the end. The company unveiled the Redmi Note 10 leaked to the public a few days ago and revealed much of its specifications. Now the company is launching the Xiaomi Redmi Note 10s. This is a version of the Redmi Note 10 lineup. The new smartphone will be powered by the Mediatek Helio G95 chipset. This is a powerful chipset that will empower the upcoming smartphone to provide the user with high-end performance. The Xiaomi's Redmi Note 10S has got a 2.05 GHz Octa-Core processor under the hood of this smartphone. The handset will have 6.43 Inches which is a massive screen, and to provide the user with full HD plus the resolution of 1080 x 2400 Pixels. The Xiaomi Redmi Note's going to have an AMOLED Capacitive Touchscreen, Multitouch. And also there is a protection of Corning Gorilla Glass 3 in this device. The smartphone has got 6/8 gigabytes of RAM, which is the highest point of RAM used in this smartphone Redmi Note 10S by Xiaomi so you can say that your phone is going to run at a super-fast speed because of its powerful RAM. The built-in storage capacity of the phone is 64/128 gigabytes which means that the capacity of your data is unlimited. And also there is a microSD card if you need more storage. On the rear of the Xiaomi Note 10S, there is a Quad Camera setup. The main camera of the smartphone is 64 megapixels wide, 8 megapixels ultrawide, 2 megapixels macro, 2 megapixels depth. The selfie shooter of the phone will be 13 megapixels. The upcoming smartphone Xiaomi Redmi's Note 10S is having a side-mounted fingerprint reader to secure the data on the smartphone and only allow the authorized person. The Redmi Note 10S will be fueled with a Non-removable Li-Po 5000 mAh battery that will carry support for Fast charging of 33W. Samsung and other tech giants will face serious competition when the coming smartphone Note 10S will release.

Samsung Galaxy A22 - A New SmartphoneSamsung unveils its new smartphone Galaxy A22, which carries so.. 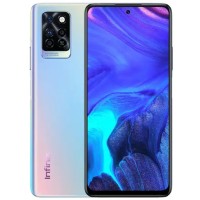 Infinix Note 10 Pro - A Pro Level SmartphoneInfinix will introduce a new Note 10 that has got a moni.. 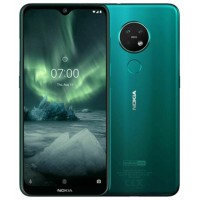 Nokia 7.2 - A unique style of holding camerasTech giant Nokia will launch 7.2 which is the new hands.. 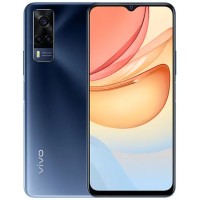 Vivo Y53s - A Mid-Range Smartphone With A 4G ConnectivitySmart tech Vivo is working on Y53s. The Chi..