Xiaomi Poco X3 Pro - A Mid-Rang Smartphone
Xiaomi will unveil the new Poco X3 which will be the new Pro variant smartphone. The company has confirmed that they are working on a device halfway between the POCO X3 NFC and the POCO F2 Pro. Both devices are still an interesting option. Now POCO will introduce this upcoming new Xiaomi Poco X3 Pro, Which is a mid-range device that would arrive with the most advanced hardware in this range. The smartphone will be powered by one of the latest chipsets available for smartphones in the market that is called Snapdragon 860. The new Xiaomi's Poco X3 Pro has got a 2.96 GHz Octa-Core processor under the hood of this handset. This new upcoming smartphone has a 6.67 Inches screen size which is a big-screen display, with an IPS LCD Capacitive Touchscreen, and this device Xiaomi Poco X3's going to have a full-HD display with a resolution of 1080 x 2400 Pixels. And talking about the Protection of this smartphone it has Corning Gorilla Glass. The upcoming new Poco X3 Pro by Xiaomi is packing the upcoming smartphone with 6 gigabytes RAM, which is the highest point of RAM used in this smartphone so you can say that your Xiaomi X3 Pro is going to run at a super-fast speed because of its powerful RAM. The handset has got 128 gigabytes of storage, which means that the capacity of your data is unlimited. On the rear of the Xiaomi Poco's X3 Pro, there is a Quad Camera setup. The main sensor of the smartphone will be 48 megapixels. 8 megapixels, 2 megapixels, 2 megapixels. The selfie shooter in this phone will be 20 megapixels to make taking selfies more easy and attractive with this new smartphone. The side-mounted sensor will allow the Poco X3 Pro to protect its data by only allowing the authorized person. This device will be fueled with a Non-removable Li-Po 5160 mAh battery that will carry support for Fast charging. Samsung and other tech giants will face serious competition when this X3 Pro will release. 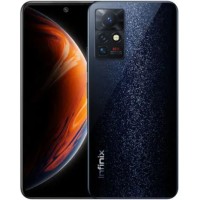 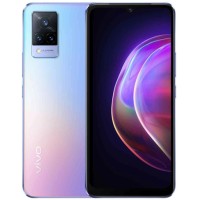 Vivo V21 - A Powerful Standard SmartphoneChinese tech Vivo will unveil the V21 smartphone to the mar..