Samsung Galaxy A02s-Standard Budget Device
Samsung has announced its new Galaxy A02s smartphone. The information has appeared about the Samsung smartphone, which has not yet been officially presented. It has the code number SM-A025G. The device is expected to hit the commercial market under the name Samsung Galaxy A02s. There were rumors that South Korean technology giant Samsung was working on a new entry segment model, which was confirmed by information on the Bluetooth SIG certification site. Samsung's Galaxy A02s has also appeared in the Geekbench database. Let's check out the specification of this smartphone. The processor of this device is a Snapdragon 450 SoC that is a mid-range chipset debuted specifically in the device. The new Samsung Galaxy A02s's going to have an octa-core processor with the GPU of Adreno 506. This is a powerful chipset for a budget phone. This smartphone has a 6.5 Inches big screen size with an PLS TFT Capacitive Touchscreen, 16M Colors, Multitouch, and Galaxy A02s by Samsung will provide the user with full HD plus the resolution of 720 x 1600 Pixels. This handset has got screen protection of Corning Gorilla Glass which is the latest. In this upcoming smartphone, it will have 3 GB RAM that gives Samsung A02s enough power to run heavy graphics games quite easily and multi-tasking is, even more, better with such an amount of RAM. And the internal storage of the Samsung Galaxy's A02s will be 32 gigabytes that are enough to store data for future use, it also has a dedicated slot that can supports up to 512 gigabytes of internal storage. The back of the Samsung Galaxy A02s reveals that the phone will be having a dual-camera setup. The main sensor of the device will be 13 megapixels along with a 2 megapixels depth sensor. And on the front, it has an 8 megapixels selfie camera. The Galaxy A02s's has got a 5000 mAh battery which is standard for all the devices that belong to this class that gonna keep your device alive for whole one day. 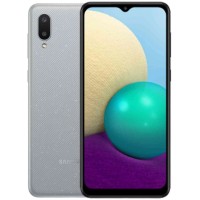 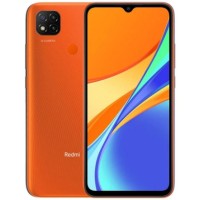 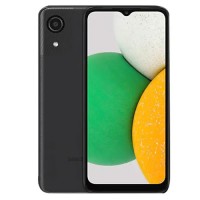