Infinix Hot 10S - A Cool Smartphone
Infinix launches a new smartphone Hot 10S. Hong Kong-based company unveiled its Hot 10 series smartphone to the market. The coming handset is a mid-range phone with all the specs you need it. This smartphone is positioned as a gaming phone. We are talking about the Infinix Hot 10S. The device will be powered by one of the latest chipsets available for smartphones in the market that is called MediaTek Helio G85. The new Infinix's Hot 10S having a 2.0 Octa-core processor under the hood of this handset. This new upcoming smartphone has a 6.82 Inches screen size which is a big-screen display. The new Infinix Hot 10S's going with a Capacitive IPS LCD Touchscreen, and this device has got a full-HD display with a resolution of 720 x 1640 Pixels. Also, there is a GPU of Mali-G52 MC2. The Hot 10S by Infinix has got 6 gigabytes RAM, which is the highest point of RAM used in this smartphone so you can say that your phone is going to run at a super-fast speed because of its powerful RAM. The built-in storage capacity of the Infinix 10S is 128 gigabytes which means that the capacity of your data is unlimited. On the rear of the smartphone, there is a Quad Camera setup. The main sensor of the Infinix Hot's 10S will be 48 megapixels wide. The 2 megapixels depth sensor others are not confirmed yet. The selfie shooter in this phone will be 8 megapixels to make taking selfies more easy and attractive. The Infinix Hot 10S has got a rear-mounted fingerprint reader is there to protect it from any unauthorized person. The battery of the phone is also a massive one. The Hot 10S's is fueled with (Li-Po Non-removable), 6000 mAh battery to get enough backup time. Now Samsung and other smartphone companies will have a competitor. 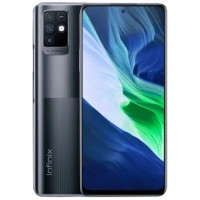 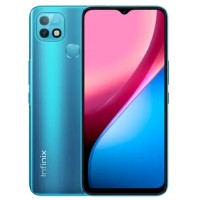 Infinix Hot 10i - A Low Budget SmartphoneInfinix will unveil its upcoming Hot 10i smartphone to the .. 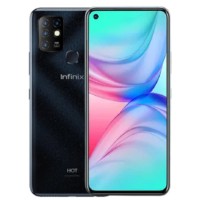 Inifinix Hot 10 - A New Smartphone With A Powerful BatteryInfinix will unveil its new Hot 10, The la..